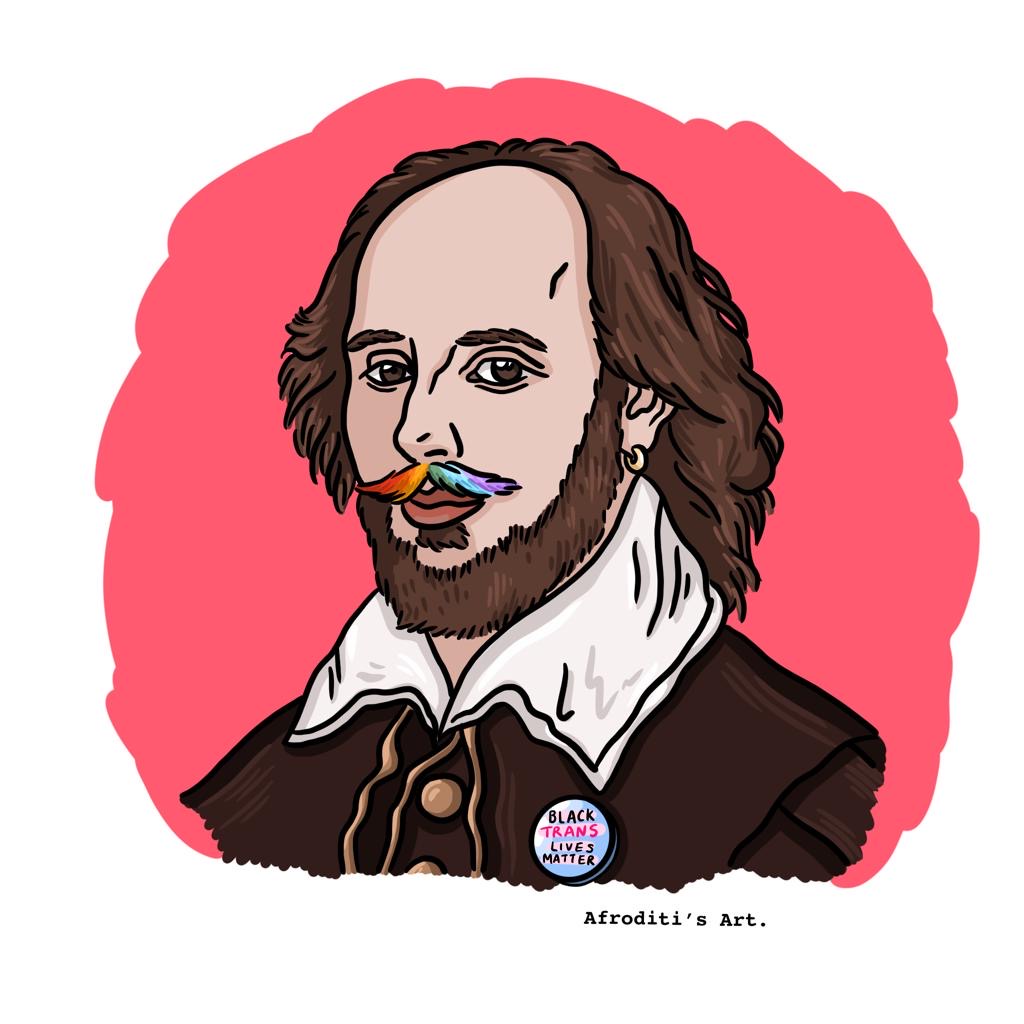 30 Jun This is why it’s called ‘Shakespeare Club’

Posted at 15:42h in stories by Kylian Weijers

A select group of brave men and women fought hard to make the first Shakespeare Club meeting in 1946 happen. You see, times were very much different back then. Before the 1930s, literature on homosexuality was virtually non-existent. In 1911, the government made affection and sex between people of the same sex illegal (article 248bis). Lesbian and gay love not only lead to a prison sentence of a maximum of four years, but also complete social isolation and annihilation. During the Second World War, it was even illegal to think homosexual, whatever that may be. When the first Shakespeare Club occurred, the police even tried to find out whether Shakespeare was gay or not. But what does Shakespeare have to do with it?

Before and after the war, a special police division (vice squad) rid the libraries of books with even a slight hint of queerness. The books that made it to the library called it an illness, as did the priests and therapists. Placing advertisements in magazines to look for others like you was way too risky, so you had to use the words “travel companion” or “pen-pal”. Even so, you had to be careful not to draw the attention from the police or those close to you. A safe space was nowhere to be found.

Lesbian women and gay men simply didn’t have a right to live. Putting his own life at risk, the persistent Niek Engelschman found enough “travel companions” to launch the first homo-erotic magazine: Levensrecht. Maandblad voor Vriendschap en Vrijheid (Right to Live. Magazine for Friendship and Liberty). The first edition included among others a welcoming text, poems, an article on hormones and a literature review of Bennie Stokvis’ book The Homosexuals. After three issues, they reached 190 paying subscribers! Then, came the war.

Sadly not everyone had been liberated after the war. The door to the closet remained tightly shut, as article 284bis had been reinstated. Niek Engelschman and his companions were looking for an opportunity to organise, mobilise and share knowledge on homosexuality. After all, their right to live in society was still very much uncertain.

Although there were some financial challenges and work to be done to increase readership, Levensrecht got back on its tracks. Engelschman was determined to publish not only for a collective of intellectuals, but for people from all walks of life: for the grocery clerks from Vaals, the bike boys from Rotterdam and Den Bosch. Soon, the magazine circulated nationwide, from Arnhem to Rotterdam, Haarlem to Velp, Tilburg to Amsterdam.

“The interesting thing was that on the evening, which was to start at a quarter past eight, there were already entire queues at the door at half past seven. When we tried to enter at about a quarter to eight, we had the greatest difficulty struggling through the people waiting “

Now, imagine receiving a magazine on virtually everything you’ve been looking for in yourself. You’re starting to understand who you are and why you are different. Of course you want to meet others and talk about it. But how? The Levensrecht editors already received letters from readers who wanted to drop by the editorial office at Plantage Muidergracht 15. Engelschman was influenced by the Swiss magazine Der Kreis, which also organised reader meetings, and was also sure that they should organise them.

Finally, december 7 1946, the first ever meeting of Levensrecht took place at De la Paix (Leidsestraat 67-71 Amsterdam) and was organised by the Amsterdam Shakespeare Club. Why the name Shakespeare? It was chosen “because we pretended to combine literary and historical matters. We thought that the great unforgettable William Shakespeare had written many sonnets with a clearly homoerotic tenor ”.

The first evening was mostly dedicated to readings on the homo-erotic significance of Greek classicism along with exclusive imagery of Greek statues. The second day, which took place at Krasnapolsky, was an afternoon of dance, singing and talks. Quite like the Shakespeare Club today! Sadly, they were asked never to return to the Krasnapolsky, when its owner found out he was having homosexuals over.

Nonetheless, the dancing, singing, talks, laughing and crying gave incredible oxygen to the staunching fight for social acceptance and equality to come. Without perseverance, resilience and community spirit, I believe, Shakespeare Club would never have existed, or simply remained between the lines of Shakespeare’s sonnets.