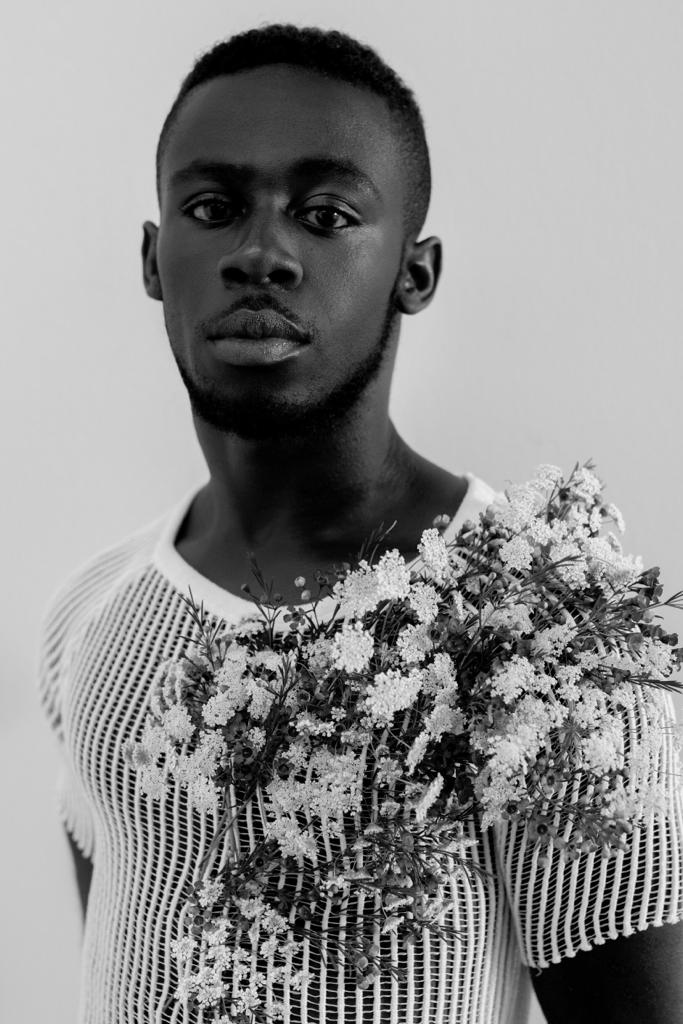 22 Jul Perry Gits: The creator of “I’m so into voguing right now”

Thursday the 9th of July in 2020, I had the privilege of interviewing Perry Gits who the creator of “I’m so into voguing right now”. These questions were related to his performance at the Shakespeare Club which will take place July 30. Be there and allow yourself to learn something new!

Perry is someone with many artistic talents: He graduated from the School of the Arts with a specialization in Urban contemporary dance and has been in the musicals Hair and Dreamgirls where he met Dutch Gospel singer Berget Lewis. Through her he joined the Gospel group “ZO! Gospel Choir”, where everyone is welcome. This is based in Amsterdam Bijlmer where Perry grew up. To Him, coming to the gospel group feels like coming home. In addition, he is known for Dutch theater such as “Je Lult” and “Q-talk” in which he makes political statements towards the black LGBTI + community and black trans people. An important theme of his is about making black the norm for society. The theater is still largely white and he would like to contribute to making it “more Black”. The ballroom culture inspires him on a personal and artistic level. He tries to create a safe space by talking about it.

The ballroom is a subculture within the Black and Latino LGBTQ + community that was originated in New York in the 1960s. The event “I’m so into voguing right now” will be a panel talk in which Perry discusses safety and health within the scene with other ballroom experts and how it can be improved. The overall theme “take care” will be discussed in the week of COC Shakespeare club. The scene is already safe, but it can be even safer according to Perry. It is about the use of language,  especially when it comes to the language around gender and sexuality (non-binary and transgender, for example). Perry and other ballroom experts will also discuss the safety aspects regarding amounts for “gigs” for requests from outside the ballroom scene. Because the ballroom scene is increasingly coming out to the public. Another topic that will be discussed concerns how male gays in the ballroom (also called ‘butch queens’ within the ballroom scene) can best deal with transgender people. After all, the scene is built and created by Black / Latino Transgender people. These issues and more will be discussed during the event. After that there will be an LSS (Legends, Stars and Statements) in which people within the scene are called on to show themselves (room calling).

The scene has also been active in the Netherlands since 2013 by, among others, Amber Vineyard, Lasseindra Ninja from the ballroom scene from Paris and Archie Burnett / Ninja from New York. Although most people know a single element, vogue, the ballroom consists of several elements. The ballroom has been created as a safe haven for people who do not feel accepted by society because of their origin, gender and orientation. Since Perry has been active in the Dutch ballroom scene from the beginning, he feels responsible for what is announced about the ballroom scene. I understand that well, because everything personal is wanted to protect for everyone, making the ballroom a safe haven. People are open and vulnerable within the ballroom and show themselves completely. To find out more about the ballroom, Perry says it is best to delve deeper into it because the ballroom is more than just voguing. Voguing is just one of its subcategories! Pose can be seen on Netflix and shows what caused the ballroom, what the scene is struggling with and what houses and balls involve.

The title “I’m so into voguing right now” comes from a comment made by Vanessa Hudgens in public, making it clear to Perry that the ballroom scene has become increasingly public. He therefore considers it important that a panel talk, such as that to be held on July 30, should take place. These topics are important to ensure safety within the ballroom.

For the event there will be a ball on July 25, the Black Pride mini ball that he will organize together with Zelda Fitzgerald Ninja. Zelda will also be present at the event “I’m so into voguing right now” as MC and Arnold as DJ.

I myself have experienced the balls and the ballroom scene as a beautiful scene where a lot of activism takes place. It’s about celebrating being different and where everyone is welcome, provided you respect the people around you and keep in mind that it’s for the black and latino LGBTQ + community. This means, among other things, that one has to get up during a ball when a dark person is called up and that white people who are active in the ballroom give up a possible job or opportunity to someone who is a minority because of institutional racism.

In addition, I followed the sex siren and body class in which Perry teaches every Wednesday in the community center Nowhere in Amsterdam. This is mainly about the body and the sensuality that someone can radiate towards the judges and public. Reservations can be made every week and a completely safe environment is provided.

Be there, available both live and online!