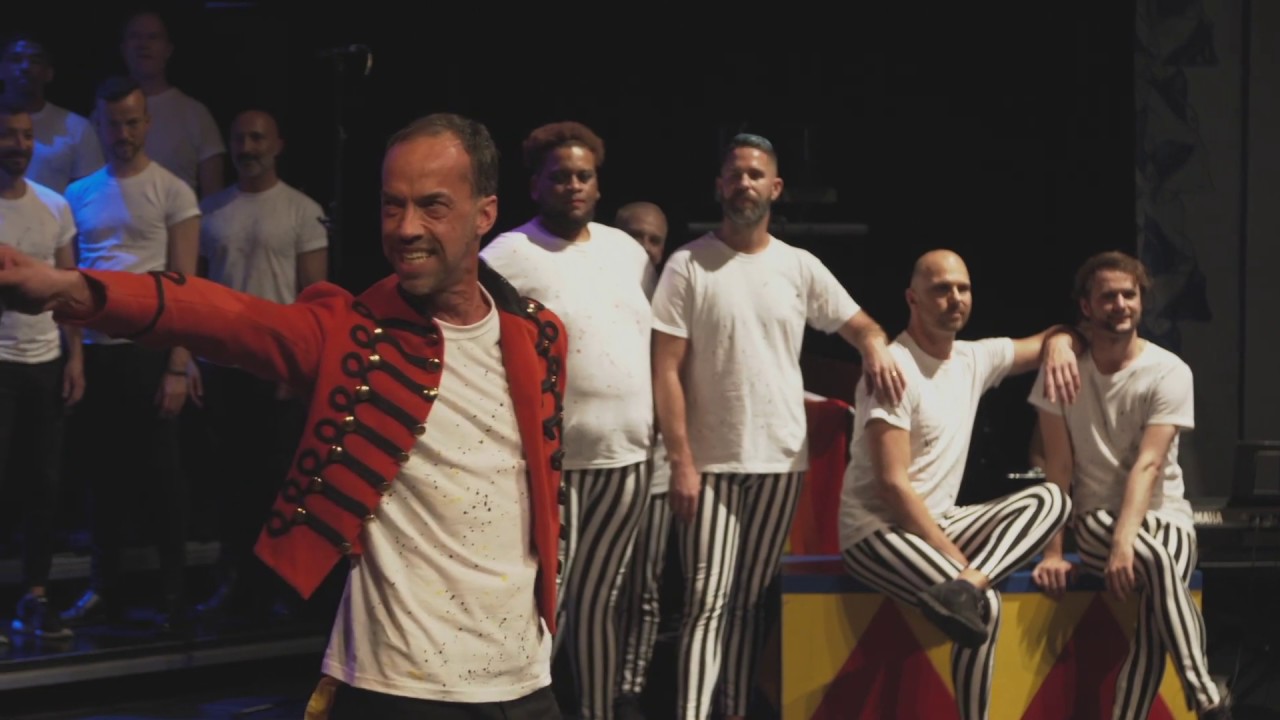 Posted at 18:47h in arts, culture & heritage by Hans Klijn

A few months ago a completely different performance was planned. Amsterdam Gay Men’s Chorus “Goes International” would have been a performance in which the chorus sang in multiple languages and emphasised its diversity. For example a song in Hindi, Jai Ho known from the movie Slumdog Millionaire. And Homeless by Ladysmith Black Mambazo which is partly sung in Zulu. But unfortunately “Goes International” had to be postponed for the foreseeable future.

Here too, the pandemic threw a spanner in the works. It was no longer possible to get together, rehearsing suddenly had to be done via Zoom, and the chance that the performance could still go ahead was nil. Is there even still a point in rehearsing? For the men of AMSGMC there was. Although it was not necessarily for vocal practice, singing along turned out to be rather difficult with the delay in an online meeting. After one surprise canon, everyone except the conductor had to be muted. Maybe from that canon the idea came to record a ‘chainsong’ (a video in which each participant sings a part of the song so that if you put them one after the other you have the whole song), one of the things the chorus did to keep busy with each other. The dancers also recorded videos and shared them with the rest of the group.
But rehearsing was still important for being together. Because in addition to singing, they also gather for interacting, socializing and laughing together. I immediately noticed that when I arrived at the rehearsal. “Would you like some tea, or something from those other jugs?” “What’s in the other jugs?” “Also tea.” Maybe you should’ve been there.

The AMSGMC family is also something you will see in Faith In The Sound, the film directed by chorus member and TV professional Remco van Dam. In the film of about half an hour we see the chorus performing, we hear them sing and we listen to the story of some of the members. They speak about why a gay chorus is so important to them, or how they got to know themselves better through the chorus. In the meantime, Nutella Versace will also provide some lighter moments in the film. So expect a film that is as versatile and diverse as the chorus itself.

This diversity is definitely a distinguishing characteristic of the chorus. Because they use English as the official language, it is also easy for people who have only recently moved to the Netherlands or who do not speak Dutch to feel at home within the chorus. For example, after the rehearsal I spoke with the David who is from the U.S.A. Before moving to Amsterdam he was a member of the Boston GMC and he wanted to join a similar chorus in Amsterdam. Although he did not speak Dutch yet, he was able to participate easily.

By expressing their diversity explicitly, they hope to become even more accessible for people who are looking to join the chorus. And if this has made you think “I would like to join that chorus!” I was told that they have open rehearsals again in September. Whether you are an accomplished vocalist or, like me, an especially fanatic shower singer and cleaning dancer, you are absolutely welcome to join the chorus